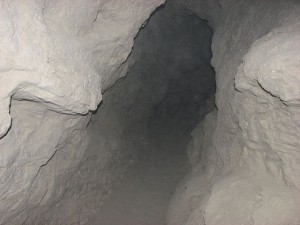 The body of a 24-year-old hiker who went missing while exploring the Arroyo Tapiado mud caves near San Diego is believed to have been found.

Footage from a camera lowered some 18 meters (60 feet) down into a crevice in the caves showed a body with clothing that matched what the UCSD psychology student was wearing at the time he disappeared.

The man went missing on April 8th, 2012 after telling the hiking group he was with that he wanted to rest his feet and enjoy the view of the desert. Since then, rescuers have searched the many caves, tunnels and gorges around Arroyo Tapiado in hopes of finding him alive.

Because of the body’s difficult to access location, the sheriff’s department is expected to get assistance from a geologist to help retrieve the body.

Experts work on how to remove body from cave crevice [cbs8.com] & Body Of Missing Hiker Found At The Bottom Of 60-Foot Deep Cave [ibtimes.com]