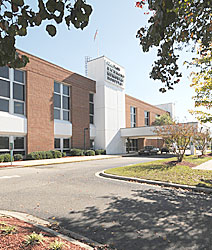 A North Carolina hospital has temporarily closed until a colony of bats can be removed.

Over the weekend officials from FirstHealth Richmond Memorial Hospital in Rockingham, Richmond County, called for the evacuation of patients and suspended all except emergency services.

This step came about five weeks after the first reports of bats appearing in patient rooms.

The hospital has been working with a professional bat removal service, Get Bats Out, to help expel the bats which have been living in the hospitals walls.

The company has sealed the entrances the bats were using and has installed a special one way door to allow the bats to escape, but not return again.

This is the first time we’ve had to deal with this type of issue, Tommy Jarrell, Richmond County health director

Richmond County health inspectors have captured some of the bats and sent them for rabies testing. Although none of the bats have yet tested positive for rabies, the patients have been given precautionary vaccinations