Actors Under Fire for Disturbing Bats at Devetashka Cave 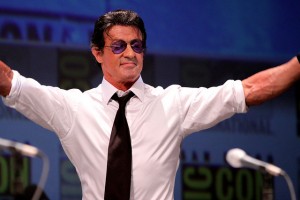 Arnold Schwarzenegger and Sylvester Stallone are the most recent to come under fire from enviromentalists, after participating in the filming off the upcoming sequel, The Expendables 2 inside one of Europe’s largest bat hibernaculums this winter.

Initial investigations after the movie shoot saw the bat population of Devetashka Cave drop by around 3/4, leaving only approximately 10,000 from the 35,000 bats that had been counted hibernating in the cave in 2010.

Although the local government issued permits for the filming, and has resisted claims of any wrong doing, the Bulgarian Environment Minister, Nona Karadzhova, has sided with the environmentalists and has ordered a probe into the situation.

Under current Bulgarian legislation Devetashka cave is restricted to tourism and scientific research. Beyond that, filming in the cave could have also breached the Agreement on the Conservation of Populations of European Bats. The European Commission currently has a team in Bulgaria assessing the damage.

Now Arnie and Sly are a threat to the wildlife… as thousands of bats in cave where they filmed Expendables 2 movie go missing [Daily Mail via Alex Sproul] & Bulgarian Starts New Probe in ‘Hollywood-harmed’ Bats Case [novinite.com]