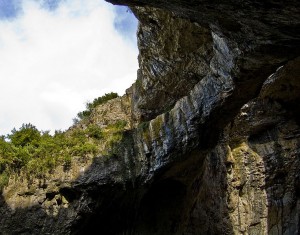 Recent filming inside Bulgaria’s Devetashka cave has apparently had a huge impact on the important bat habitat, with the bat population plummeting by 3/4.

The scene shot in the cave was part of the upcoming action movie “The Expendables 2” which stars Sylvester Stallone, Bruce Willis, Arnold Schwarzenegger and Chuck Norris.

A check by researchers after the shoot found only 8,000 bats, when last year at this time the population came in around 30,000.

“The shooting of the movie harms the bat habitat – with the placement of props, the cutting down of vegetation, as well as disturbance by the presence of large numbers of people and the noise they make,” – Nikolay Simov, Zoologist at the Center for Bat Studies and Protection at the Bulgarian Academy of Sciences to the Focus news agency

Most concerning to researcher Nikolay Simov is that the regional environmental inspectorate had no authority to grant permits to film inside Devetashka Cave in the first place. Filming in the cave is a violation of the Bulgarian Law on Biological Diversity, which prohibits disturbing protected species.

One of the biggest caves in Bulgaria at 2442 meters (8012 feet) long, Devetashka Cave is home to a number of endangered bat species, making it one of the most important natural habitats of bats in Europe.