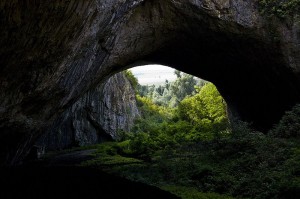 A probe ordered by Bulgarian Environment Minister, Nona Karadzhova, to check on the bats of Devetashka cave, came to an alternate conclusion to that of environmental groups who believe bats were harmed during the recent filming of “The Expendables 2”.

As one of the most important natural habitats of bats in Europe, environment groups were concerned that bats could be at risk; the loud noises and ruckus of filming in the cave, waking them early from hibernation.

A check by a Bulgarian zoologist from the Center for Bat Studies and Protection at the Bulgarian Academy of Sciences (BAS) early last week raised concern that the number of hibernating bats had dropped to one-quarter (8,000) of the expected 30,000.

During that trip, a number of dead bats were also located, as well as a number of tire marks, even in the protected areas of the cave.

Today it was announced that experts of the Ministry and of the Bulgarian Academy of Sciences who participated in the Ministry probe, found the majority of bats – 20,000 individuals by their estimates – to be hibernating and the dead ones that were found were within the usual mortality rate.

In response to their findings, the Ministry rejected all claims that filming has harmed the bats, and at the same time ordered a ban on all visits in the cave for the entire winter until hibernation is over.