Poll: Were you Alarmed by the New WNS Death Toll Estimate? 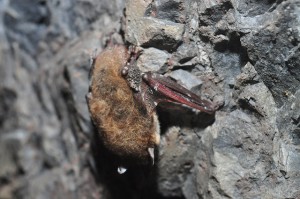 Last week new estimates were released by the U.S. Fish & Wildlife Service that put the total number of bat deaths from white-nose syndrome at somewhere between 5.7 and 6.7 million.

This recent assessment was a huge jump from the previous estimate of “more than a million” that has been out since 2009.

It is unfortunate that the recent press release does not indicate any more information as to how these figures originated. This may lead some to believe that the number of deaths due to white nose syndrome has just exploded, instead of the more likely situation that the number has been steadily increasing since 2006 when it appeared.

Raising concern for white nose syndrome is not a bad thing, but the by-product of such an alarming announcement without giving all the facts is that it could lead to unfortunate consequences for cavers such as further calls to close caves.

What are your thoughts about the situation? Were you alarmed by the new estimates? Let us know by answering the poll or leaving a comment below.

Were you alarmed by the new WNS death toll estimate?