New Estimate: Up to 6.7 Million Bats Killed by WNS 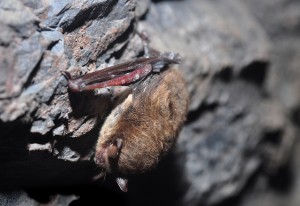 Earlier this week the U.S. Fish & Wildlife Service announced that their biologists now estimate that at least 5.7 million to 6.7 million bats have now died from white-nose syndrome since it first appeared in New York in 2006.

Estimating the total number of bats that succumbed to the disease has been a difficult task for researchers because population counts for of the many common bat species, such as the little brown bat, were never a priority in the past.

This lack of information led to the commonly heard estimate of “more than a million” dead bats that has been restated thousands of times since 2009.

Last week, during a the 2012 Northeast Bat Working Group (NEBWG) meeting last week in Carlisle, Pennsylvania, more than 140 government biologists and bat researchers worked together to, among other things, provide an update on the estimated of bats that white nose syndrome has claimed.

In order to improve future estimates, one of the goals from the U.S. national WNS response plan, which was developed last May 2011 by the Fish and Wildlife Service, was to establish more consistently in the reporting of bat populations.