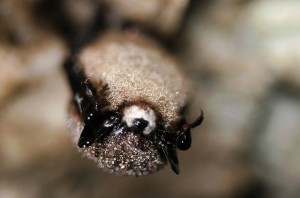 Since its discovery in New York state in 2006, white-nose syndrome has caused the deaths of millions of North American bats. As a measure to protect the bats, caves, in some cases nowhere near the outbreak, have been closed to cavers.

While there is little evidence that this has helped the bats, there is no doubt that this has hurt caving. Given the long period of time that so many of these caves could be closed, and the extra effort needed to go in the ones that remain open, do you feel that WNS could effectively kill caving in North America for the foreseeable future?

cave recreation is not an “essential” activity, and for the time being, this pursuit must be laid aside in order to give bats a chance at survival. For those whom caving is a treasured activity this sacrifice is significant, and yet, for bats, WNS is a matter of life and death. Mollie Matteson, Center for Biological Diversity

Lets hear your thoughts and feedback.

Last week’s poll indicated very little interest in National Park Week, with very few people even responding. Of those that did only three took in the festivities.