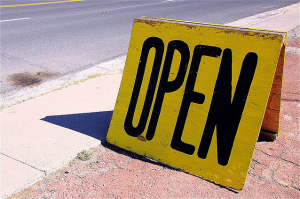 The Board of Directors of the Southeastern Cave Conservancy (SCCi) have recently voted to re-open their caves with seasonal bat populations which had been closed since 2009 due to fears over White-Nose Syndrome.

The Southeastern Cave Conservancy, which owns or leases 27 preserves containing 185 caves in six southeastern states, made the decision to open the caves now that more is available regarding the tranmission of the disease.

Scientists have recently shown that bat-to-bat transmission is the primary mode by which WNS spreads, and that transmission by humans can be dramatically reduced by following decontamination protocols of caving gear.

Furthermore, now that bats have tested positive for WNS in central Tennessee, it puts all the caves with seasonal bat populations within the range of an individual bat spreading the fungus, eliminating the concern over cavers facilitating long distance jumps.

Another factor in the re-opening is the negative impact the closure has had to caves and cave ecosystems, which were left open to vandalism without an active caver presence.

For more information on the Southeastern Cave Conservancy, their cave visitation policy or how to obtain permits, visit their website scci.org.