A Dangerous Weekend in Yorkshire After Heavy Rains 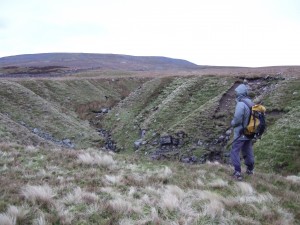 Heavy rains this past weekend in the Yorkshire Dales caused trouble for cavers.

On Sunday evening, the Clapham-based Cave Rescue Organisation had reports of six separate incidents of cavers being overdue.

Fortunately five of the parties returned safely before a rescue could be attempted, with each team being delayed by high water.

The sixth group of cavers, three men aged 23, 24 and 29, were seen on the moor as the rescue team was gathering information by the road.

They had been trapped by flooding in Ireby Fell Cavern after an attempt to tackle Duke Street II via the Skylight Passage crawl.

Luckily there were no injuries in what turned out to be a dangerous day to go underground.