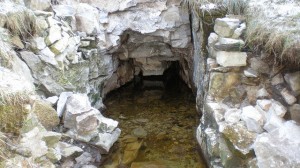 Dow Cave in North Yorkshire. Photo by The Lead Miner/flickr

In its 51st incident of the year, Clapham’s Cave Rescue Organisation came to the aid of two cavers who became stuck in a North Yorkshire cave.

The two male cavers, aged 52 & 49, were on a trip from Providence Pot to Dow Cave on Saturday September 21st, when they became stuck in Dowbergill Passage.

Called out by North Yorkshire Police, the Upper Wharfedale Fell Rescue Association soon requested assistance from the CRO just after 9:30 pm. The two organizations worked together to release the trapped cavers.

Once freed, the cavers were assisted to the surface via Dow Cave around 6:15 am. A 61-year-old caver who was with them was also escorted out.

All three were uninjured and able to make it on their own to the road.