Floyd Collins Musical to Open in Boston this April 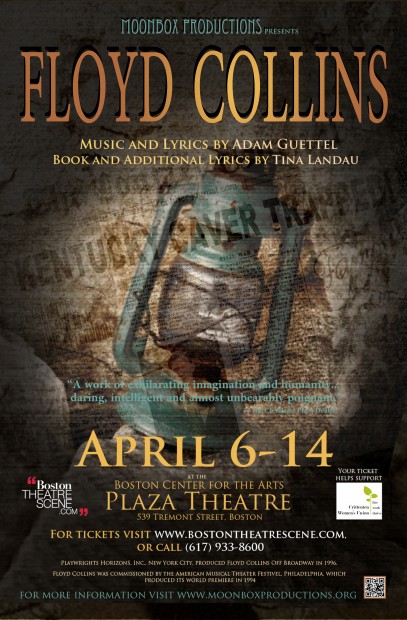 For the first time in 10 years, the Floyd Collins musical is coming to Boston.

Presented by Moonbox Productions, performances run from April 6th to 14th at the BCA Plaza Theatre.

Floyd Collins is the musical adaptation of a true story about a caver of the same name who became trapped while exploring a Kentucky cave in 1925. Efforts to rescue him became one of the most sensational news stories of the century, with newspapers struggling to satisfy their readership with the latest news on rescue attempts.

For more information and advance tickets, visit or call the Box Office at 671-933-8600 or visit bostontheatrescene.com.