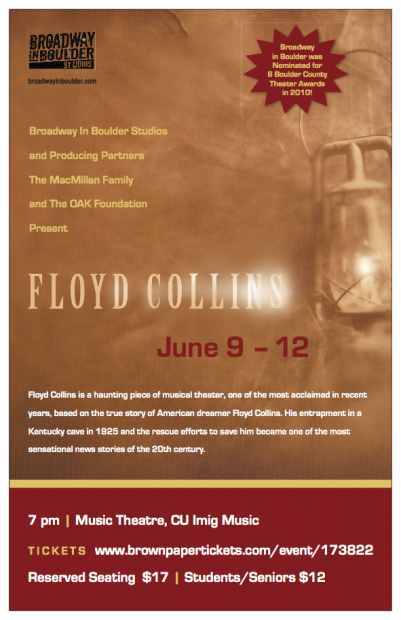 While exploring a Kentucky cave in 1925, Collins became trapped. His rescue efforts became one of the most sensational news stories of the century.

Tickets for the show can be purchased online if you are lucky enough to be in the area.

For more information, visit the Broadway in Boulder website.