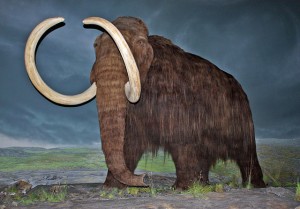 Learn about the renewed excavations at Wyoming’s Natural Trap Cave during a presentation at Casper College’s Tate Geological Museum this Tuesday, April 28th.

The event, the third in the museum’s Spring Lecture Series on caves, features Julie Meachen, Ph.D with her presentation “Reopening Natural Trap Cave: What We Can Learn About the End-Pleistocene Extinctions”.

Located in northeast of Lovell, Wyoming, the bell-shaped Natural Trap Cave has been the subject multiple excavations beginning in the 1970’s. Besides horses, the remains of American cheetah, bison, wolves, bears, sheep and a whole host of other animals have been discovered in the cave.

Meachen, assistant professor at Des Moines University in Des Moines, Iowa, will discuss the 2014 field season, the first work at the Natural Trap Cave since it was closed in 1985. She will also talk about why the cave was reopened and what this unique site can tell us about the end-Pleistocene extinction events and major earth transitions that happened in the Pleistocene such as the Yellowstone hot spot eruption, as well as some of the research that is currently underway from these excavations.