Shenandoah Caverns Legacy Lives on after Death of Owner 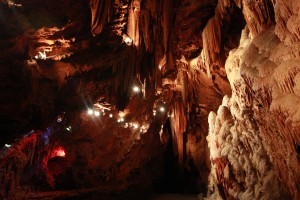 The transition of Virginia’s Shenandoah Caverns following the passing of longtime owner 86-year-old Earl Christian Hargrove Jr. earlier this week, is expected to be seamless.

According to The Northern Virginia Daily, the caverns were purchased by Hargrove in 1966, after visiting the area with his family and wanting to share their experience with others.

Since there he had been actively involved in the business, right until his final days. During his time the caverns added a number of other attractions, including American Celebration On Parade, a celebration of floats, and The Yellow Barn, a salute to America’s agricultural heritage.

Now his family will work to continue the legacy, in a transition that should have no effect on operations.