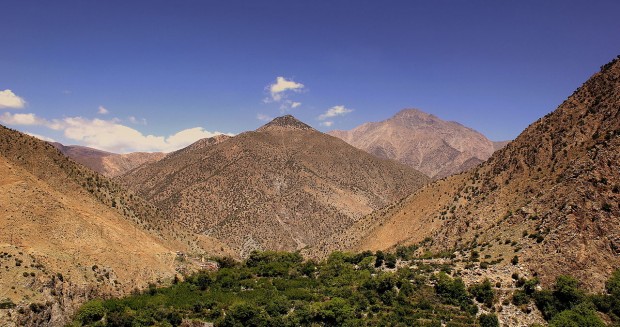 Two Spanish cavers died and another was critically injured following a mishap while on a caving trip in Morroco.

The Guardian reports that the trio of experienced cavers, members of the Mountaineering Federation of Andalusia, had separated from a larger group of nine on Sunday March 29th to go explore different caves in Morocco’s Atlas mountains.

When they did not make it to the rendezvous in Ouarzazate, the largest city in the region, on Tuesday, their teammates raised the alarm.

A rescue was initiated, however due to heavy fog it wasn’t until the morning of Saturday April 4th, four days after they were reported missing, that the cavers were found by Moroccan search teams, trapped at the bottom of a 400-metre (1,320-foot) deep ravine.

Miraculously they were all alive.

Despite being found, the extreme difficulty of the terrain hindered the ability of rescuers to reach them. It wasn’t until precious hours later that rescuers finally made it down the steep ravine.

Unfortunately, before being rescued, two of the injured cavers lawyer Gustavo Virues and police officer Jose Antonio Martinez, both 41, had died—Virues before rescuers were able to reach him and Martinez on Sunday as he was being prepped for evacuation.

The third casualty, 27-year-old police officer Juan Bolivar, was taken to hospital in Ouarzazate on Sunday with a myriad of injuries including broken bones and head trauma. It is expected that he will survive.

According to unofficial reports from Moroccan rescue workers, it sounds as though one of the cavers may have possibly slipped on a patch of ice and fell down the ravine, dragging his companions with him.

The family and friends of the deceased cavers, whose bodies have yet to be recovered, as well as the Mountaineering Federation of Andalusia are now criticizing the Moroccan government for their handling of the rescue and citing delays that resulted in two unnecessary deaths.

Unfortunately the outcome was tragic with two dead due to the delay in the rescue. Julio Perea, Mountaineering Federation of Andalusia President to AFP

Update: The surviving caver and the bodies of the two deceased cavers returned to Spain on Tuesday.