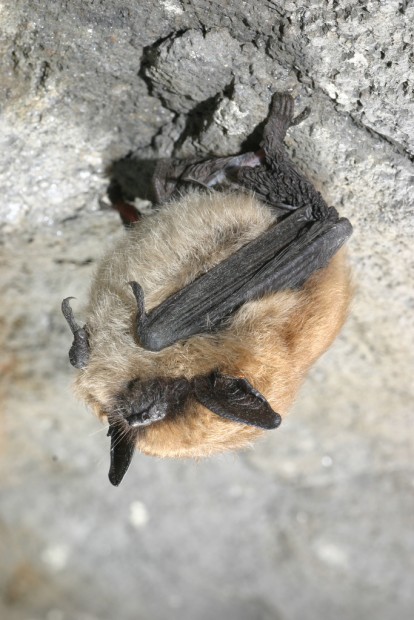 An increase in the number of bat species found during the biannual survey of the Pennsylvania’s Durham Mine offers some hope.

Once home to an estimated that the cave hosted 8,000-10,000 healthy hibernating bats, the population in Heritage Conservancy‘s bat hibernaculum in Bucks County was all but wiped out by White-nose Syndrome.

In April 2013, Heritage Conservancy reported on the alarming news that only 23 bats were found hibernating in the cave.

PA Environment Digest reports that last month’s survey by the Pennsylvania Game Commission found only 13 bats, however there was an increase in the variety of species discovered. Little browns, Big browns, Tricolored, and Eastern small-footed bats, a state-threatened species which wasn’t found in the mine during the previous survey, were all noted.

Perhaps more indicative of a possible recovery is that the numbers of bats identified during the summer bat counts have stabilized. Being that they’re not being found hibernating in established hibernacula, it suggests that they may be adjusting their behavior and over wintering in other, perhaps more southern, caves.

Whatever the case may be, any good news in this ongoing flood of bad news, is welcome.

White-nose syndrome was first detected in New York State in 2006 and estimations put the death toll at more than 5.7 million cave-dwelling bats in the eastern half of North America. To date, bats with WNS have been confirmed in 25 states and five Canadian provinces.