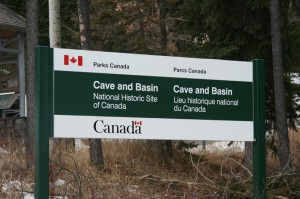 The dismissals come a week after another man was fined $4,500 (~ $3,750 USD) for swimming in the sulphurous waters, the only known habitat of the endangered Banff Springs snail.

The Calgary Hearld reports that a 52-year-old male Banff resident and a 52-year-old female resident of Canmore were charged on July 12, 2013 with entering a closed area sometime on or around May 18, 2013.

Unlike the fine handed down earlier this month, the pair were only charged under the Parks Act and not the Species at Risk Act, as there was insufficient evidence of any snails or their habitat being harmed.

The dismissal of the twosome has been appealed, but a decision is still pending.

Alberta’s Cave and Basin is the lowest component of nine hot springs clustered in three groups on the northeast flank of Sulphur Mountain in Banff National Park. The water is heated geothermally from an estimated depth of three kilometers (1.8 miles).