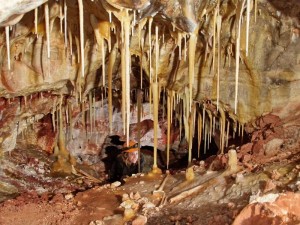 Citing the caves apparent lack of stalactites or stalagmites and the long boring tours, in which the park rangers are credited for producing the cave’s namesake wind with their incessant babbling, the park is described as a barren scrub land overrun with fat dirt squirrels, otherwise known as prairie dogs.

There is unfortunately no mention that the cave is currently the sixth longest in the world at 142.75 miles (229.73 kilometers) surveyed, it’s extensive boxwork formations, the amazing lakes deep underground, or the historic buildings and herd of between 250 and 400 bison on the surface.

Although the 59 national parks can’t all be the best, we can only assume that the other parks on the list were unjustly named as well.