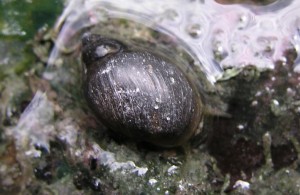 A man who pleaded guilty to swimming in the Cave & Basin National Historic Site in Canada’s Banff National Park will have to pay $4,500 (~ $3,750 USD) in fines.

The 27-year-old male was arrested by Parks Canada staff on November 26th, 2014 while swimming in the sulphurous waters, the only known habitat of the endangered Banff Springs snail.

Charged with two offences, entering a prohibited area in a National Park and damaging an important habitat under the Species at Risk Act, he could have been fined up to $25,000 for each offence.

The Cave and Basin is the lowest component of nine hot springs clustered in three groups on the northeast flank of Sulphur Mountain in Banff National Park. The water is heated geothermally from an estimated depth of three kilometers (1.8 miles).