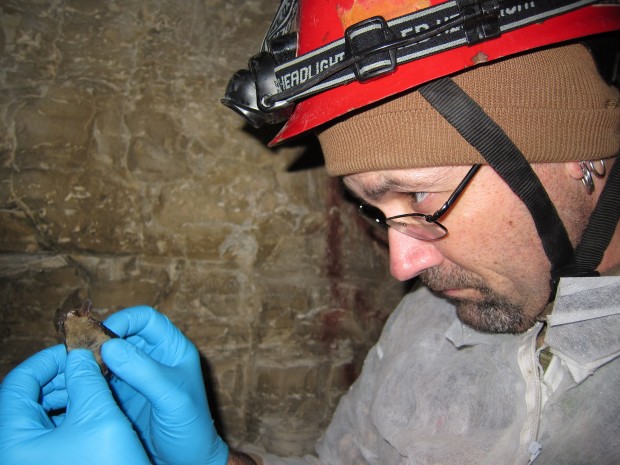 The U.S. Fish and Wildlife Service recently proposed a special rule to protect the Northern Long-eared Bat (myotis septentrionalis) amid doubts that the endangered listing it recommended in October 2013 will be accepted.

While we originally proposed the northern long-eared bat as endangered, the ongoing scientific review of threats to the species could possibly lead to a final listing determination of threatened rather than endangered. Tom Melius, USFWS Midwest Regional Director

If approved, the proposed rule under section 4(d) of the Endangered Species Act would come in to effect only if the bats were listed as threatened instead of endangered. As proposed, it should allow industry in the WNS affected area to continue provided their activities are carried out using appropriate conservation measures, such as protecting known maternity roosts and hibernacula.

The proposed 4(d) rule would also allow the removal of hazardous trees, removal of northern long-eared bats from human dwellings, and research-related activities. It even recognizes that the incidental harming of bats in areas not affected by WNS is not imperiling the species, and thus those bats would be exempt from the act’s protections.

Although a final listing decision has not yet been made, we believe we can best serve the American people by proposing and seeking comment on a potential 4(d) rule now, so if we determine listing as threatened with a 4(d) rule is appropriate, the rule can be implemented immediately.Tom Melius, USFWS Midwest Regional Director

To help guide them, the USFWS is seeking public comment on the proposed 4(d) rule. In addition, they have also reopened the comments on the October 2013 proposal to list the northern long-eared bat under the Endangered Species Act.

Comments will be accepted through March 17, 2015 with a final decision due by April 2nd.