Used in situations where original survey data of difficult to reach sections of a cave has been lost and all that is left are paper maps or sketch maps, MapToDat allows surveyors to reconstruct the original cave survey data without resorting to the use of rulers and protractors.

To begin the feature, one simply loads a scanned image of the map into the program and then clicks on the survey stations in the map. With that information MapToDat automatically calculates compass angles and lengths for each shot. 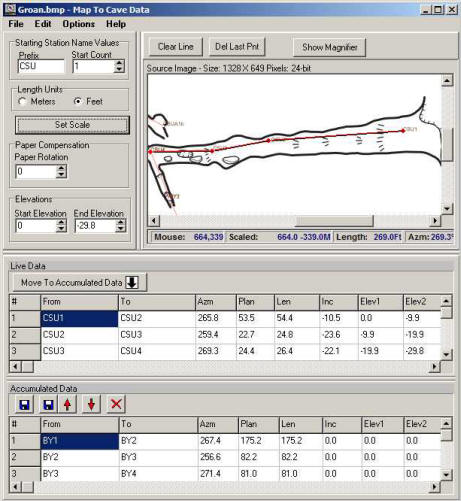 If station elevations are available, inclinations and slope-lengths can be calculated too.

Once the process is complete, the resulting data can then be saved as a Compass DAT file.