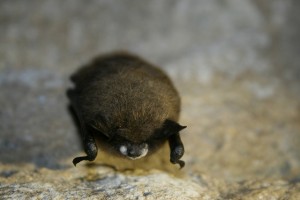 The Illinois Department of Natural Resources announced earlier today that Illinois has become the 20th state in U.S. to confirm white-nose syndrome, after bats in four counties tested positive for the disease.

While both of these laboratories confirmed the disease, the fungal pathogen was also isolated directly from a LaSalle County bat and a Monroe County bat at the University of Illinois – Illinois Natural History Survey.

Although its arrival was anticipated, the documented spread of WNS into Illinois is discouraging news, mainly because there is no known way to prevent or stop this disease in its tracks, Joe Kath, Illinois Department of Natural Resources Endangered Species Manager

As Illinois and several other Midwestern states are home to many federally endangered bat species, including some of the largest hibernating bat populations in the country, the Illinois Department of Natural Resources has stated that cave closure orders which began in 2010 — and in 2009 in the Shawnee National Forest — will remain in effect until further notice for the benefit of bat conservation.

Furthermore, since recent research indicates geomyces destructans, that the fungus that causes WNS, remains in caves after the bats have left, Illinois Department of Natural Resources is concerned that visitors to caves may inadvertently transmit WNS to clean caves.

The IDNR recognizes that continued cave closures will require patience from the caving community and other citizens. However, the observed devastation to bat populations and the evidence for human-assisted spread justifies that we exercise an abundance of caution in managing activities that impact caves and bats. We understand these measures will not be a cure for WNS, but they are necessary to help slow the spread of this affliction and to reduce the risks to surviving bat populations in North America. Joe Kath, Illinois Department of Natural Resources Endangered Species Manager