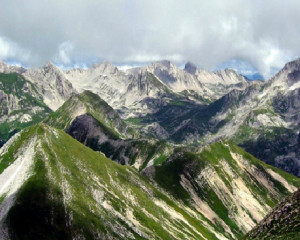 Cavers on expedition at Sarma Cave in the Arabika Massif of Abkhazia, have pushed it some 70 meters (230 feet) beyond the previous deepest point of -1760 meters (-5774 feet) which was reached last year.

Although no where near enough to pass Krubera-Voronja, the deepest cave in the world which has been recently extended to a mind-boggling depth of -2197 meters (-7208 feet), Sarma Cave now firmly holds the second place spot over the -1753 meter (-5751 foot) deep Illyuzia-Mezhonnogo-Snezhnaya.

The new depth of -1830 meters (-6004 feet) was attained during an ongoing joint expedition of several Siberian caving clubs.