Ask Cavers: How Does your Group Attract New Cavers? 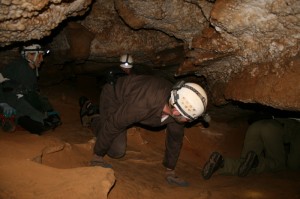 It’s sometimes hard to get new folks to come caving, let alone convince them that it can be a fun, exciting and thoroughly enjoyable experience.

In contrast, there are some folks who jump at the opportunity to go caving. But how to find them?

We recently wrote about the Speleological Union of Ireland‘s upcoming Try Caving weekend which offers a free introduction to caving in hopes of finding new cavers.

For this week’s ask cavers question, we want to find out what other strategies your groups employ to attract new cavers and which of them works best.