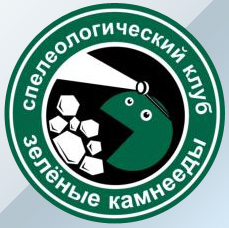 Earlier this month members of the Speleological Club “Zelenie Kamneedy” visited an area of Mount Merdven-Kayasy in Ukraine’s Crimean region to survey a new cave, discovered in 2008 by climbers.

Although so far unknown to cavers, the 56 meter (184 foot) long cave showed evidence of previous visits with pieces of broken medieval pottery, bones of domestic animals, and artifacts (aluminum tin, fragments of wine bottle and a tent-peg) from the Soviet era.

What’s exciting is that this new discovery shows that, even in this heavily explored region of Crimea, there is still potential for new caves to be found.

The cave was named in honor of the famous Crimean historian Igor Beliansky who died in 2006.