Poll: Would you like to live in a cave? 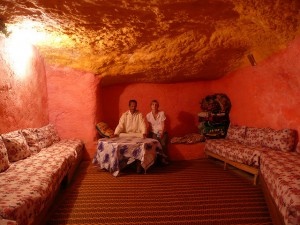 Humans have a long history of inhabiting caves. Fortunately for most people, that trend has been on the way out for a while now. In spite of that, some places the tradition lives on.

While there are few people that live in caves in North America or Europe, it was reported earlier this year that over 30 million people in China live underground in caves.

This week we want to know how many of our readers enjoy being underground enough that they’d actually want to live in a cave. Let us know by answering the poll and telling us why or why not in the comments below.

It turns out that over 60% respondents to last weeks poll have paid homage to Kentucky’s Mammoth Cave, the longest surveyed cave in the world. Many folks even commented about their repeated visits, and participation in activities such as restoration camp.