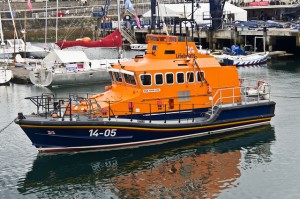 Two teenager kayakers were rescued early this morning after taking shelter in cave in County Cork, on the southern tip of Ireland.

The search for the two 17-year-old males, which involved Coast Guard teams from Baltimore, Glandore, Castlefreke and Toe Head as well as a Coast Guard helicopter, ended after shouts led rescuers to a cave near Millcove.

Once located a smaller boat was used to ferry the teens from the cave to a lifeboat which transported them to Millcove.