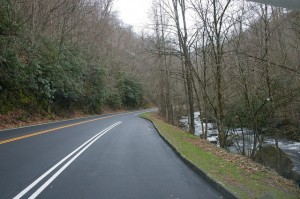 The confirmation was made by the U.S. Geological Survey’s National Wildlife Health Center in Madison, WI.

In addition, photographs taken of federally endangered Indiana bats that were hibernating in the cave, the largest known Indiana bat hibernacula in the state, show symptoms consistent with the early stages of WNS.

We closed all of the Park’s 17 caves and two mine complexes to any public entry a year ago to prevent the possible importation of the WNS pathogen on visitor’s clothing or gear, but scientists have confirmed that bat-to-bat transmission of the fungus occurs. We take this very seriously because national parks are often the primary refuge that endangered species can count on for protection. Bill Stiver, Great Smoky Mountains National Park Wildlife Biologist

With WNS now confirmed, park rangers will increase the enforcement of the closed cave to reduce the likelihood that visitors might transport the WNS pathogen to uninfected colonies either in the Park or elsewhere. Violators face fines of up to six months in jail or $5,000.