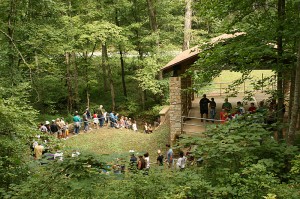 A money generation model, developed by Michigan State University, was used to calculate the economic impact of the surrounding communities.

Basing the model off the approximately 500,000 people who visit Mammoth Cave National Park each year, the program can calculate the parks economic impact.

Results of the Model

As an anchor attraction, Mammoth Cave contributes heavily to the tourism sector, the third largest industry, and the second largest employer in the state. In 2010 tourism in the cave region of Kentucky accounted for $514 million USD, supporting some 8,916 jobs.

“You can also look at this as a return on investment of federal tax dollars – the park’s $8 million budget generates approximately $8 in economic impacts for every federal tax dollar invested.” – Patrick Reed, Mammoth Cave National Park Superintendent