Body Found in Cave Identified as Kevin Eve; Cause of Death Revealed 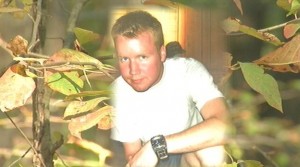 The Crawford County Coroner has confirmed that the body found in Indiana’s Breathing Hole Cave is that of 25-year-old Kevin Eve.

Five months after heading to Harrison-Crawford State Forest to go exploring, his body has been recovered.

Results from the autopsy earlier today concluded that Eve, a veteran of the Iraq war, died from a self-inflicted gunshot wound to the head.

“It appears all the evidence is suggesting that Kevin Eve’s trip to the cave that day in October was a planned effort to end his own life. There were no signs of struggle or entrapment at the scene,” – Kevin Milner, Indiana Conservation Officer

The family has requested privacy during this difficult time.