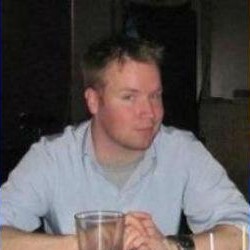 An autopsy today should confirm that the body found in the cave in the Wyandotte section of the Harrison-Crawford State Forest is that of missing caver Kevin Eve.

Authorities have little doubt that it is him, as items found near the body matched those that Eve was caught purchasing on surveillance video at a store in Corydon before his fateful trip last fall.

All signs are pointing that it is Kevin Eve, – Jeffrey Milner, Indiana Conservation Officer

The decomposed body was discovered in Breathing Hole cave, approximately half-mile from Scotts Hill Road, where Eve’s car was located, over four months ago on October 3rd, 2011.

Although the cave, with its 47 meter (154 foot) entrance climb, was searched last fall, the body was found in a nearly hidden, seldom-traveled section of passage about a half-mile from the entrance.

We were looking for fresh evidence (during the search). Most experienced cavers and people who aren’t familiar with that cave would pass it right by, – Jim Hash, Indiana Conservation Officer

Due to it’s difficult to access location, teams of experienced cavers were brought in from Indianapolis, Bedford and Louisville to help retrieve the body.

Using hammers, drills and other tools, the recovery team had to enlarge the passage in order to facilitate the removal.

Eventually around 6:15 pm on Monday, the remains, in two separate body bags made it to the surface.

An interesting sidebar is that the group of college students who discovered the body could now be facing charges for entering the cave. In 2009, the Indiana Deptartment of Natural Resources closed all caves, mines, and sinkholes as a preventive measure to try to stop the spread of white nose syndrome.

There are currently no theories as to what may have caused Eve’s death.

Update: It has been confirmed that it is the body of Kevin Eve.