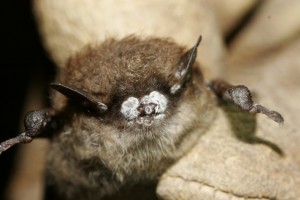 In a letter sent earlier this week to the U.S. Fish and Wildlife Service, the National Speleological Society requested that they publicly release the data and methodology that led to the recent estimate that “at least 5.7 to 6.7 million bats have now died from white-nose syndrome.”

According to NSS calculations, the estimate released by the USFWS is much higher than available information indicates. Furthermore, the decision to release an estimate without any information as to they arrived at it, leaves speculation about whether the disease is accelerating, remaining steady, or slowing down.

Peter Youngbaer, White Nose Syndrome Liaison for the NSS criticizes that no new state by state, year by year, or any other data was made available to give an indication as to how this estimate came about. At a time when the stakes are high it is especially important that the information that drives important decisions be as accurate and justifiable as possible.

Management and conservation decisions are being made all the time, such as closing publicly-owned caves to the public that paid for them, telling a private landowner what they can do with their own land, or telling a commercial cave owner what they can do with their own cave. The impact on species conservation and local and regional economic activity can be significant. – Peter Youngbaer, White Nose Syndrome Liaison for the NSS

The NSS has been involved in the White Nose Syndrome investigation since the disease was first discovered in caves the Society owns in New York State, and has funded sixteen WNS research projects from funds the Society has raised.