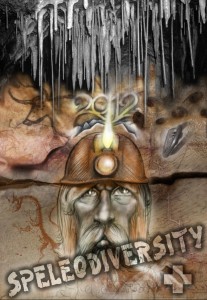 Later this year, the 13th Swiss National Congress of Speleology / Euro Speleo Forum will be held in Muotathal, Switzerland.

The theme of the congress, which is expected to draw over 400 cavers from Europe and around the world, is speleo diversity. It will focus on highlighting the many different specialist areas and interests within the broader subject of caving and cave research.

In conjunction with the congress, the 2nd EuroSpeleo Protection Symposium will also take place in Muotathal during the same weekend. Organized by the Swiss Speleological Society and the European Cave Protection Commission/European Speleological Federation with support from the Commission for Scientific Speleology, the symposium aims to provide a platform for scientists and speleologists to share and exchange progress and ideas.

Muotathal is located 60 kilometers south of Zurich near one of Switzerland’s greatest caves, Hölloch cave, which will be the subject of many excursions during the congress.

For more information or to register for the event visit the official website at speleodiversity.ch. An early booking rate is in effect until January 31st.