Vote for the 2011 Speleo Photo of the Year 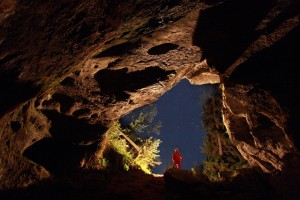 Online voting for the Speleo Photo of the Year contest has begun. Over 200 amazing photos have been submitted to one of five categories; man and the cave, portrait of the caver, reportage of expedition, photo of underground landscape and non-format.

To vote, visit the The Speleo Photo of the Year 2011 online gallery and rate photos from one to five stars. When tabulated, only the total number of ratings will be counted, not the result of the ratings themselves, so keep that in mind and only rate the photos you actually want to vote for.

Voting will continue until February 7th, 2012, after which the photos will be evaluated by a jury of five professional photographers and cavers, with the results of the online voting giving commanding additional weight in their decisions.

Winners are expected to be announced sometime before February 16, 2012. At that time all the photographers names will be finally revealed.

Good luck to all the contestants.