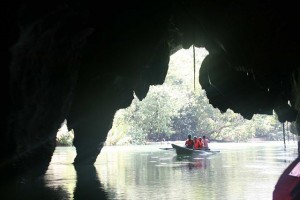 The global competition to decide the New7Wonders of Nature has announced the “provisional” list of winners. The list of sites include Puerto Princesa Underground River the main attraction at Puerto Princesa Subterranean River National Park in the Philippines.

Although being included in a list of finalists, released earlier this week, Lebanon’s Jeita Grotto did not make it on today’s list.

The current results are based on the first count of votes completed since voting ended at 11:11 GMT this morning. The votes must now be checked, validated and verified to confirm their validity. Once the process is completed, in early 2012, the confirmed winners will be announced.

“We congratulate each of these participants on achieving their provisional New7Wonders of Nature status, and look forward to completing the confirmation process to celebrate each one in their own Official Inauguration ceremony early in 2012,” – Bernard Weber, Founder-President of New7Wonders