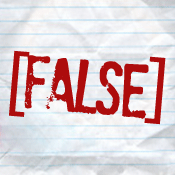 On Saturday, September 24th an article appeared in the Vail Daily News discussing White-nose syndrome. For whatever reason, a few details in the article were reported incorrectly, and cavers acted quickly to try to right the wrong.

It was reported that “It has been observed that human transmission has been the No. 1 way for the fungus to spread from cave to cave”, a statement that is completely false.

“Every federal and state agency, non-governmental organization, and academic institution working on WNS agrees that the primary method of transmission is bat to bat. Indeed, this is the only method that has actually be proven in the laboratory (U.S. Geological Survey’s National Wildlife Health Center in Madison, Wisconsin). There is not a single documented case of human transmission of WNS to date. Not one.” – Peter Youngbaer, White Nose Syndrome Liaison for the National Speleological Society in a comment on the Walking Mountains Science Center blog.

In addition, it was also reported that “caves will remain closed in the Rocky Mountain region and foothills including Colorado, Wyoming, South Dakota, Nebraska, and Kansas” without any clarification that the author was referring only to caves and abandoned mines on U.S. Forest Service land.

Thanks to the effort of cavers Richard Rhinehart, Editor of Rocky Mountain Caving and Peter Youngbaer, White Nose Syndrome Liaison for the National Speleological Society, an update has been posted on the Walking Mountains Science Center blog. It would sure be nice if a similar update would be posted on Vail Daily News.