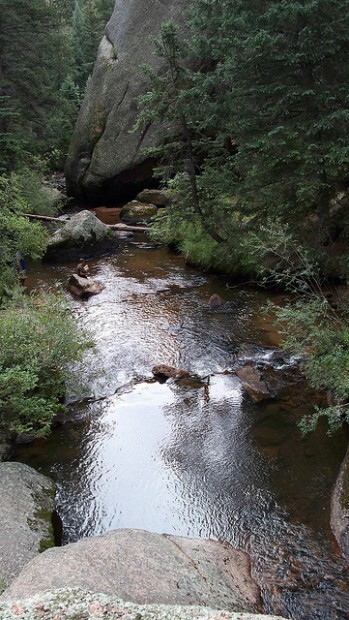 Rescuers have abandoned efforts to recover the body of math teacher and soccer coach Frank Stanley who apparently died in an accident in Colorado’s Lost Creek Wilderness Area.

Frank Stanley had vanished after climbing the 12,431-foot Bison Peak alone. On July 25th, Stanley sent a final two-word text message to a friend, saying that he had reached the summit at 11:30am.

An experienced hiker who often went off on trips alone, Stanley wasn’t reported missing until August 11th. His Jeep was located at the Lost Creek trailhead.

Since his disappearance friends and family, along with dozens of search and rescue volunteers, spent long days scouring the peak where Stanley had disappeared.

After an 11 day search, a body was discovered in the Lost Creek Cave System.

Rescuers were unable to recover the badly decomposed body, but they were able to take tissue samples with the use of a long pole with surgical instruments attached. The samples have been turned over to the Colorado Bureau of Investigation for identification.

The underground river cave system was also the site of a 1981 cave death involving Bruce Unger, an experienced Colorado caver. While traversing the underground creek his foot slipped into the water and became lodged. The fast-moving water in the creek knocked him over and he drowned. It took weeks for cavers to recover his body.