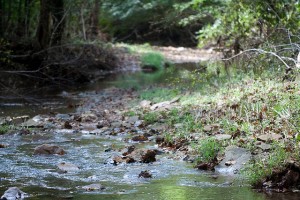 The Lost River cave system in southern Indiana’s Hoosier National Forest is one of 28 recent purchases by the U.S. Government that stretch from North Carolina to Oregon.

The purchases were made to protect clean water and fish and wildlife habitat and absorb private holdings within wilderness areas.

As the second-largest cave system in Indiana at over 32 kilometers (20 miles) long, the site is home to a number of rare species of cave fish and insects, including a few that have not been found anywhere else.

The Lost River cave system is one of the most interesting geological sites in all of Indiana, Angela Hughes, Nature Conservancy of Indiana

Purchased from the Nature Conservancy for about $546,000, the money coming from the Land and Water Conservation Fund. The fund, created in 1964, taps mitigation fees paid by companies drilling for offshore oil and gas to finance the fund.