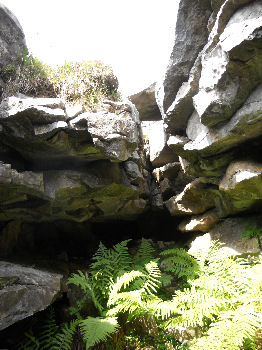 A dozen cavers were rescued yesterday after getting trapped underground by rising water inside England’s Lower Long Churn Cave.

Rescuers had to wait until the water subsided before it was safe to enter the cave, a popular spot to visit by novice cavers.

36 members of the Cave Rescue Organisation and twelve from the Upper Wharfedale Fell Rescue Association, responded to the call from police about 1:00pm, after an army expedition, which had been caving in a drier part of the system had raised the alarm.

The trapped group included two instructors, eight young people and two adult leaders. They had been taking part in a development course for unemployed young people between the ages of 16 and 25 years old run by the organization Groundwork on behalf of the Prince’s Trust.

Due to extreme conditions and high water levels, rescue teams were not able to enter the cave until 3:28pm, and had to spend time securing the cave with ropes to ensure maximum safety.

It wasn’t until 5:53pm that the group were in an area known as Cheese Press. Although some members had lost their boots, all were ok and were able to make the 200 meter (656 foot) journey back to the surface.

Once back topside, the group were taken to Leeds University’s Pennine Hut near Chapel le Dale in North Yorkshire. There they were met by an ambulance and were deemed fit to go home.