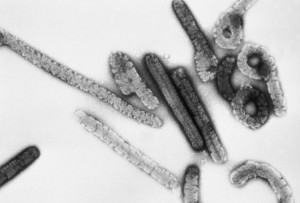 Wired has an intriguing article out on the dangers of diseases that are found underground. While many of us cavers have been affected by a disease affecting bats, how many of us think about what could be affecting us?

White-nose Syndrome shows that it causes no harm to humans, but that cannot be said for all cave dwelling maladies that are associated with bats. Histoplasmosis, once know as cave disease, is caused when humans breath in the spores of a fungus that grows in the guano of bats. And of course, cavers can catch rabies from bats, without even being bitten.

Some of the more less known conditions include Africa’s Marburg Hemorrhagic Fever, which is related to the Ebola virus, leptospirosis in the tropics, and tick-borne relapsing fever which is also known as cave fever.

While none of these diseases are exclusive to caves, it is worth knowing that they exist, and that precautions should be taken.

For a complete run down of the diseases, continue on to read the full article on Wired.

The Worst Diseases You Can Catch Underground [Wired via Reddit]