Evidence of Influenza Found in Bats 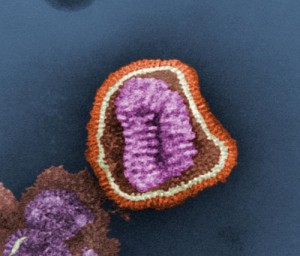 In research recently posted online in the journal Proceedings of the National Academy of Sciences, scientists have, for the first time, found evidence of flu in bats.

At an international outpost in Guatemala, researchers from the Centers for Disease Control and Prevention studied more than 300 bats in 2009 and 2010. Although the research focused on rabies, the bats were also checked for other germs. It was in the intestines of a little yellow-shouldered bat, that the evidence of influenza was found.

The idea of flu in bats is not a new idea. Approximately five years ago, Russian virologists claimed that they had discovered flu in bats, but no evidence was put forward.

Scientists suspect that the flu jumped to bats hundreds of years ago, and has since mutated within the population into a new variety. So far researchers have been unable to grow the new virus as they can with more common strains of the flu, making some wonder if it really is a flu virus.

So far the risk to humans is unknown.