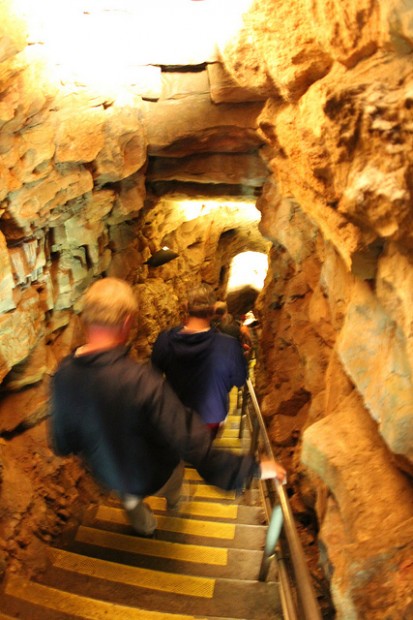 On Tuesday July 12th, South Dakota’s Wind Cave National Park surpassed 1,600 visitors, the most visitors to the cave in one day since August 10th, 1976. In order to accomodate the traffic, 15 extra tours had to be added.

The increase was likely due to the elevator issues at nearby Jewel Cave National Monument which caused the cancellation of most of their tours for the entire week. The weather and the day of the week happened to be a factor as well.

“Tuesdays and rainy days are always our busiest days and when they both happen in July, we know we’re going to be busy” – Vidal Davila Park Superintendent at Wind Cave to the Hot Springs Star

On a usual day, 30 tours are scheduled, however with extra staff sent over from Jewel Cave, 45 were able to be organized.

Overall this year is showing a four percent drop in visitors from 2010, their busiest since 1977.