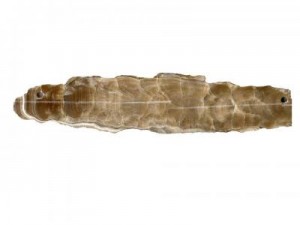 By analyzing dripstones from ancient cave systems near the summits of the Allgäu Mountains in Austria, Michael Meyer of the Institute of Geology and Paleontology at the University of Innsbruck has been able to calculate both the depth of the cave and it’s altitude at the time of it’s formation.

The results of the study suggest that when the dripstones were first forming, 2 million years ago, the cave was situated ~1500 meters lower that it’s current altitude and the mountains were ~500 meters lower.

Dripstones have been used as a record of climate and environmental change. Next month the Karst Record Conference, which specifically focuses on these discoveries will once again be held.

Caves and their dripstones reveal the uplift of mountains [ScienceDaily]