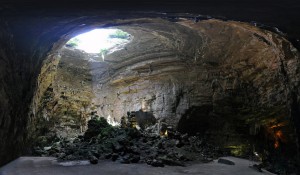 Visits were temporary suspended this weekend after an Austrian tourist died during a visit of Castellana Caves, one of Italy’s most famous show caves.

FaxOnline reports that a 66-year-old man had just finished touring the cave with his wife when the incident occurred. They were waiting for an elevator to the surface when he suffered an apparent heart attack and slumped over.

Despite the efforts of staff and the quick response of emergency services, the man was not able to be revived.

Local police, cave management and the head of tourism have convened at the cave, which was temporarily closed to allow the body to be removed and taken to a local morgue. It will then be transported back to Austria.