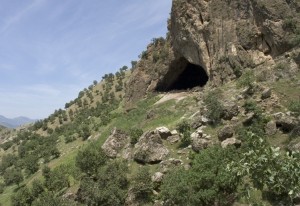 Researchers recently discovered the fossilized remains of yet another Neanderthal inside Kurdistan’s Shanidar Cave.

Rudaw reports that the discovery was made by a British-led team last Tuesday, April 14th. It is anticipated the remains could date as far back as 35,000 BC.

Located in the Zagros Mountains in the Kurdistan Region of Iraq near the Turkish border, Shanidar Cave has been an extremely rich archaeological site for Neanderthal remains with now 11 specimens being found.

Besides the remains, hundreds of stone tools including points, side-scrapers, and flakes and bones from animals including wild goats and spur-thighed tortoises have been located.

These discoveries, which show trauma and healing, suggest that the Neanderthals living in the cave may have practiced early medicine and ritual burial.

Two proto-Neolithic cemeteries have also been found in the cave, one of which dates back about 10,600 years and contains 35 individuals.