Sneak Peek: Inside the April 2015 Issue of NSS News 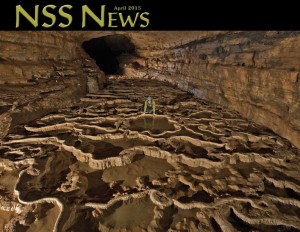 Cover of the April 2015 Issue of NSS News. Image via NSS

Cave location security and cave cleanups are two of main subjects covered in the jam packed April 2015 issue of NSS News, due out soon.

Val and Jim kick things off with a piece asking if cave locations can be leveraged as a way to increase conservation of caves. They are followed Bradley Jones questioning if cavers are contributing to the growing abuse of caves, Curt Harler looking at the ways the NSS handling cave locations, and Mark Adler’s letter to the NSS concerning the open publication of sensitive cave data on the Internet.

Steve Peerman then encourages cavers, especially in the Western US, to seek out involvement in the management of public lands, before Lauren Satterfield presents the background and preliminary findings on the Caves of Cyprus Project.

To finish things off, Val and Jim offer a revised Minimum-Impact Caving Code.