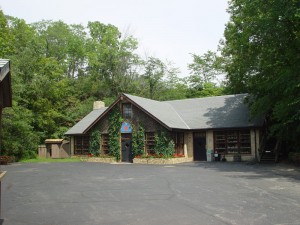 Known for their annual Caroling in the Cave concerts at Cave of the Mounds, these upcoming performances are being held in support of Christa Lowe, a rockin’ bass singer and member of greenTONE a cappella, who was diagnosed with Hodgkin’s Lymphoma last fall.

In addition to greenTONE a cappella, the concerts opening acts include Midnight Voices of Madison WI, an all female high school group, and The Obertones of Oberlin College, an all male collegiate group.

The concerts are held at 6:00 pm and 8:00 pm. In between, there will be other ways to donate to Christa, including a silent auction raffle for some sweet prizes.

Cave of the Mounds National Natural Landmark is located in southwest Wisconsin just 20 minutes west of Madison, off US Highways 18/151.

For more information and to get tickets, visit the Benefit for Christa Lowe ticket page.

[via Cave of the Mounds]