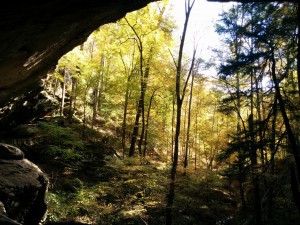 Officials have renewed the closure order of caves in Indiana’s Hoosier National Forest.

Despite being initially closed in 2011 in an attempt to protect bats from white-nose syndrome, the disease has since been found in most caves on and around the Forest.

Bat surveys are beginning to see the impact of the disease, with decreased numbers of hibernating bats being discovered in the last few years.

There are several ways the disease is spread. We cannot control bat-to-bat transmission or the spread from already infected environments to bats. By limiting access to the caves, however, we can try to slow the rate at which humans spread the disease to previously uninfected areas. Mike Chaveas, Hoosier National Forest Supervisor

The closure prevents anyone from “entering any cave on National Forest System lands within the Hoosier National Forest,” with the exemption of people holding permits, firefighters and other rescuers, and Forest Service employees.

Although this latest closure officially expires, if not renewed, on December 22nd, 2017, the order will be evaluated annually and may be withdrawn early.