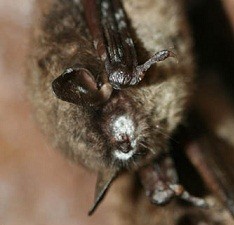 The U.S. Forest Service is recommending an emergency closure of caves and abandoned mines in its Northern Region to try and slow the spread of white-nose syndrome.

The proposed closure, which would encompass northeastern Washington, northern Idaho, Montana, North Dakota and northwestern South Dakota, is specifically targeted to try to prevent human transmission of the fungus by cavers, despite the overwhelming evidence that bats are transmitting it among themselves.

The bottom line is, it’s a closure to protect our bat populations from a disease that is having a devastating effect where it has been found, Kristi Swisher, Northern Region Threatened and Endangered Species Program Leader

According to the recommendation, cavers and others could potentially still apply for a permit to visit caves if they agree to follow official decontamination protocols and other measures to try to protect the bats.

The order must still be approved by the regional head of the Forest Service, but could potentially go in to effect as early as June.